Dr. Tremper is a leading Board Certified Radiologist with a fellowship in Mammography. With her 20+ years of experience at Summit Radiology, Dr. Tremper is a seasoned professional who uses care and diligence to successfully diagnose patient diseases. This emphasis on providing exceptional patient care has led to her recent position with Northshore University Health Systems Dept. of Radiology, and has seen her obtaining license to practice in Illinois, Indiana, Michigan, and Ohio.

Her dedication to serving patients is what has fueled Dr. Tremper to become an ACR Mammography Accreditation Radiologist for all Community Health Systems Hospitals as well as all Summit Radiology Clinical sites and former head of Summit’s Radiology Breast Imaging. She is also well known for her service at several hospitals across her licensed states, such as Lutheran Hospital, Dupont Hospital, St Joseph, Ft. Wayne, Bluffton Medical Center and Howard Community Health Systems. Dr. Tremper is also a proud member of two medical committees; Summit Radiology Partners Committee and the Dupont Hospital Women’s Resource Committee.

Christine also takes part in several community boards in her efforts to help support her local community, and is a Clinical Instructor at the Indiana University School of Medicine. She is also involved with teaching Residents and Fellows from the University of Chicago.

Dr. Tremper holds a B.S. in Chemistry from Hanover College, as well as an M.D. from the Indiana University School of Medicine. 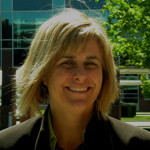 Gerardo is a strategic and creative thinker with a passion for digital marketing and metrics. He has a proven track record of planning, launching and maintaining brand building web experiences for global companies including his current role at Motorola and past roles at Grohe, Specialty Construction Brands, Inc., Lowe & Partners. He brings a comprehensive understanding of business objectives and requirements, user experience design, emerging technologies and digital trends. 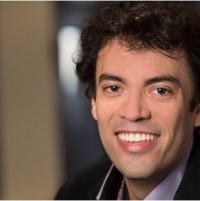 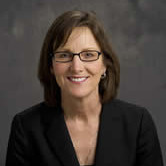 Mary Ann has over 25 years of experience in working with complex healthcare datasets, reimbursement, health economics, and health policy. She has authored over forty publications on the economic impact of medical technologies. Ms. Clark serves as a member of the National Quality Forum’s Steering Committee on Cost and Resource Use Measures. She provides the vision for Intralign’s analytics product portfolio by designing business intelligence tools and consulting services to help hospitals control orthopedic costs and improve quality for real sustainable change.

Before joining Intralign, Mary Ann was a Partner at the Neocure Group, where she developed the company’s data analytics services and products offerings and provided health economics research and reimbursement consulting to medical device manufacturers. Prior to Neocure, she was a Vice President at Burgess Group, a software firm specializing in Medicare claims pricing. She spent 8 years at Boston Scientific as a Director of Reimbursement and Health Economics, where she influenced Medicare reimbursement and product adoption for various medical technologies by designing and implementing strategies that demonstrated product clinical and economic value. Early in her career, Mary Ann was a member of the Harvard research team that developed the RBRVS payment system used as the basis of Medicare physician payment today. 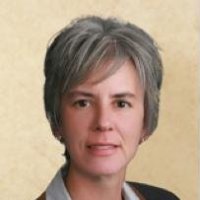